"Damn, didn't see that coming." These words ran through my head as I nosedived at NJ's Raceway Park Rallysprint back in April. This event is half dirt, half tarmac, and I expected it to be good practice for me. The dirt section was modified to be used as a rallysprint course since it's normally used for motocross. Rain from the days prior made many sections slippery, but that wasn't what ruined the day for me.

Some of the motocross jumps were kept in the course design to be used for the rallysprint. I ended up taking one of them a bit too fast and smashed in my lower radiator support. I know it looks like I was being reckless, but really, I wasn't going very fast. The dirt section was so technical and slow that it almost felt like an extended rallycross, and so I ended up treating it like one. It wasn't until the front end of the car smashed the ground that I realized that despite not getting out of 2nd gear, I could still launch the car quite a bit over the sharp jumps. 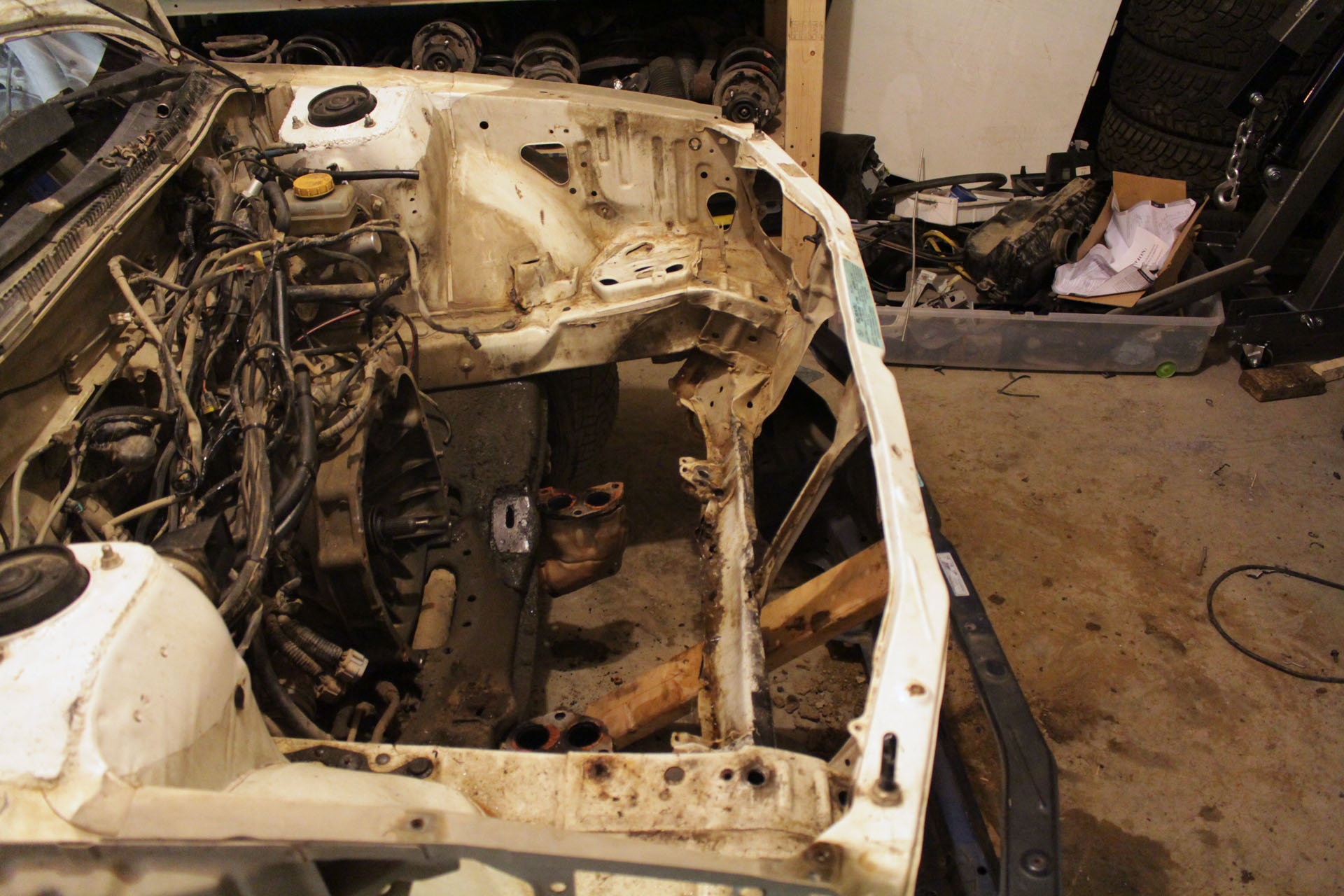 I learned my lesson, but I also didn't want this happening again. After some research and planning, this new front end is what I came up with:

The first step was cutting off the badly crinkled metal to make room for the new core support. Then, what was left of the frame rails were straightened with a sledge hammer. 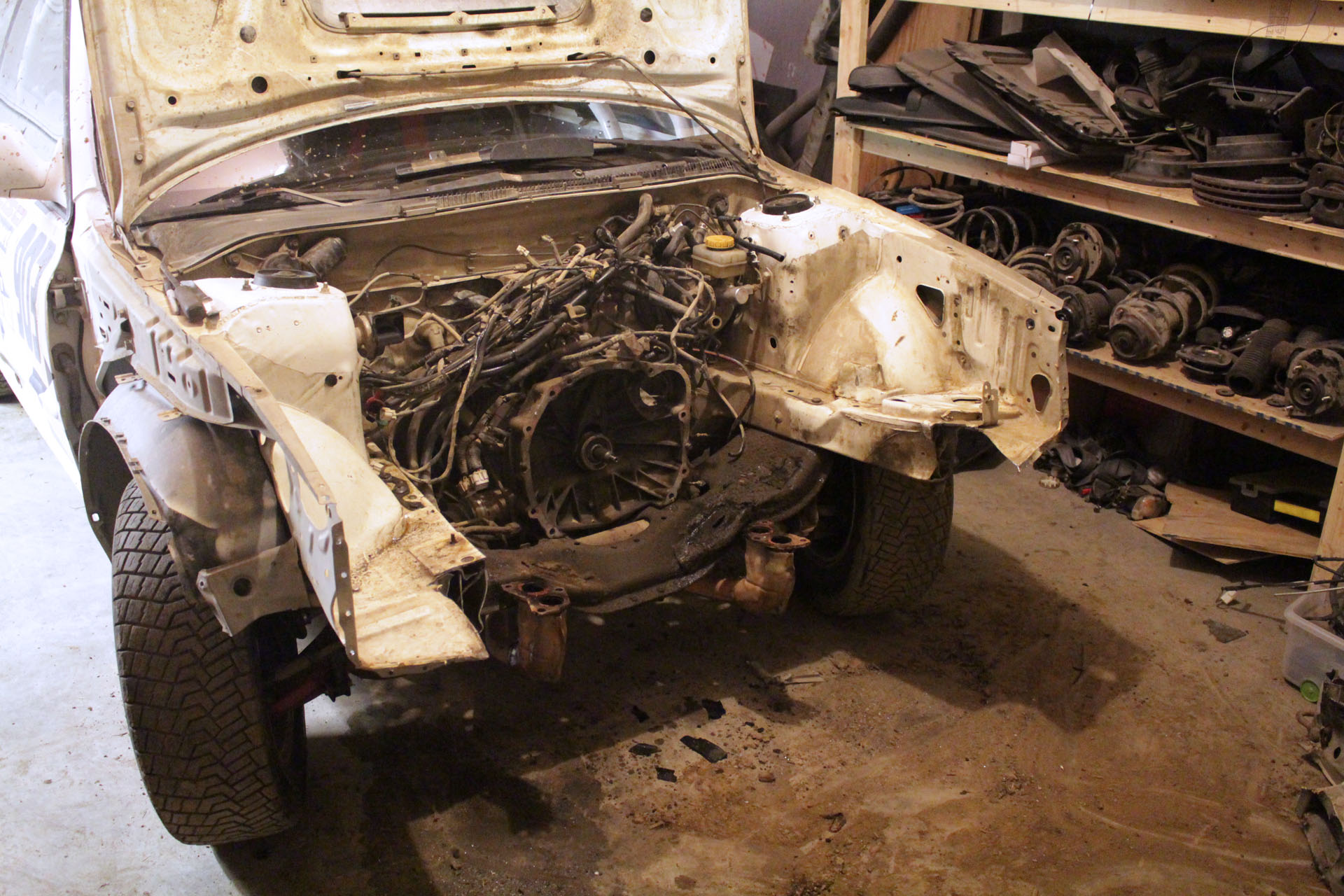 After that, it was ready to be plated. The donor core support already had the ends of the frame rails, so I kept them and used the plating to tie them together. I added a plate to the already plated strut towers to add frame rail support bars. 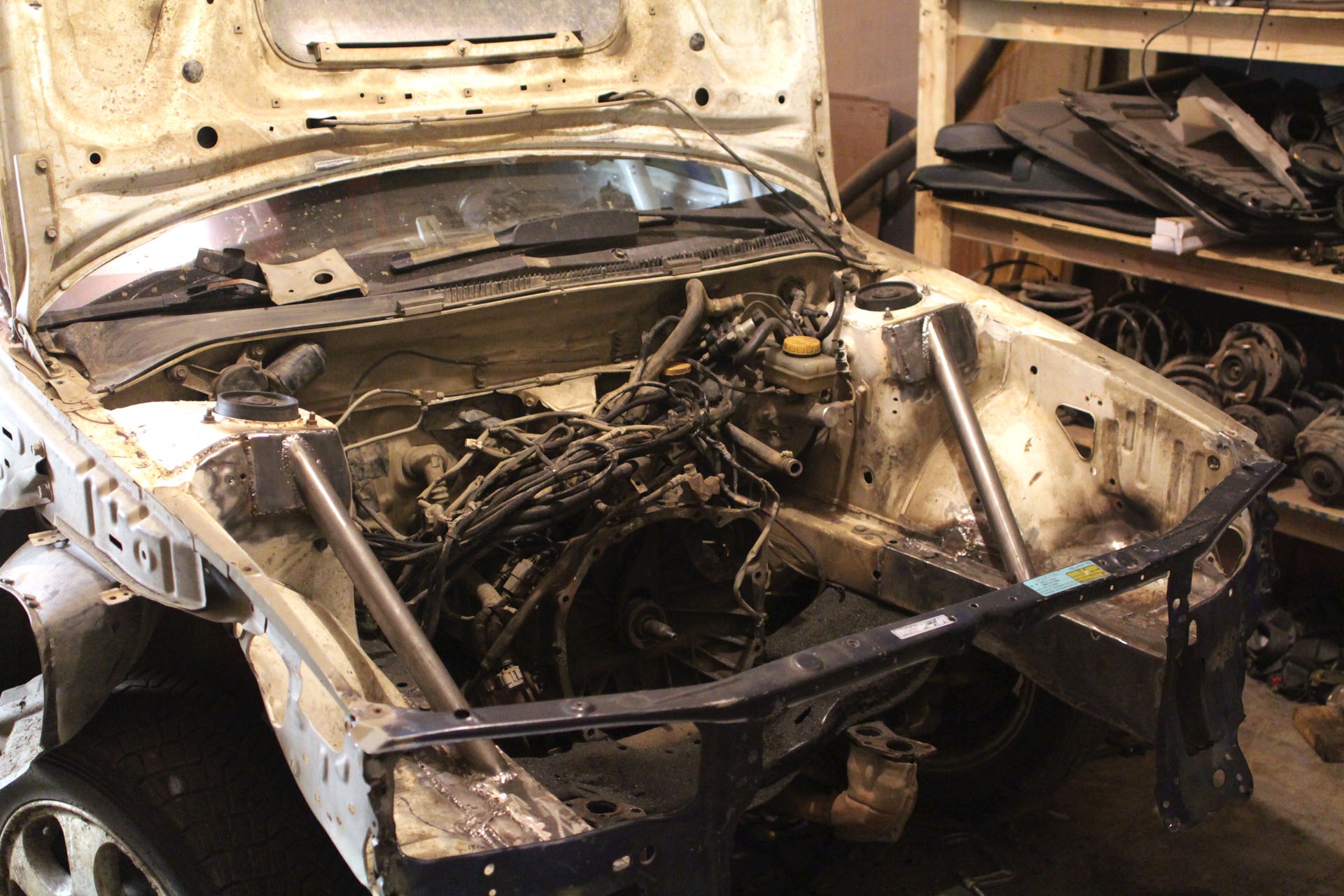 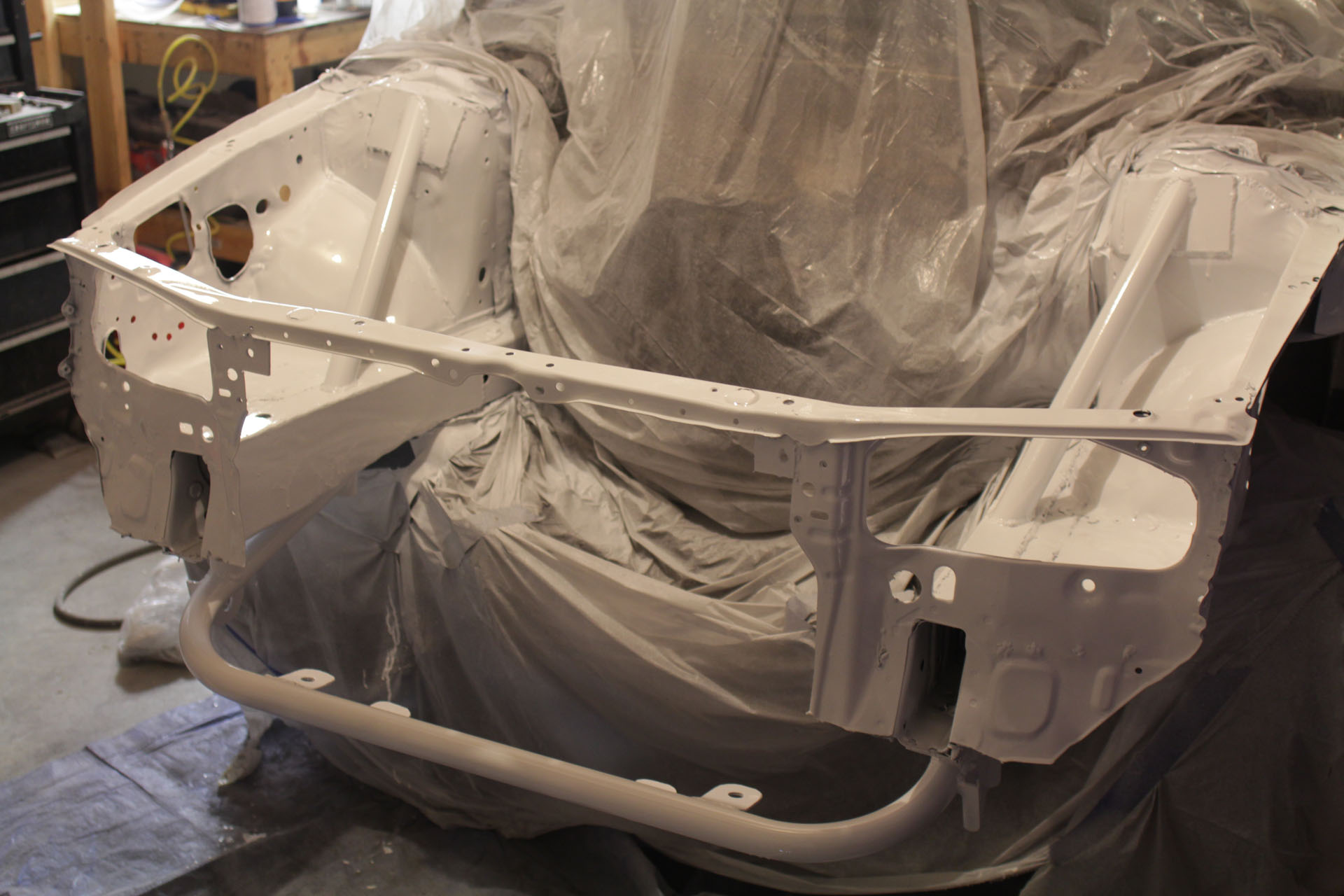 The main reason why the frame rails were in such bad condition was because of the RS bumper. It's different from the regular Impreza because it's meant to act as a shield to protect the lower radiator support. The design is flawed though, since the only structural place that the bumper bolts onto is the frame rail. When the bumper takes impact on the bottom, where the lower radiator support is, the extra length puts leverage on the frame rails and torques them up. If there were a mounting point on the bottom of the bumper as well, the damage would not have been this bad.

I ended up getting a regular Impreza bumper, which ended up being much lighter anyway. It let the lower radiator support be the bumper for the lower half of the car, preventing putting the extra leverage on the frame rails. 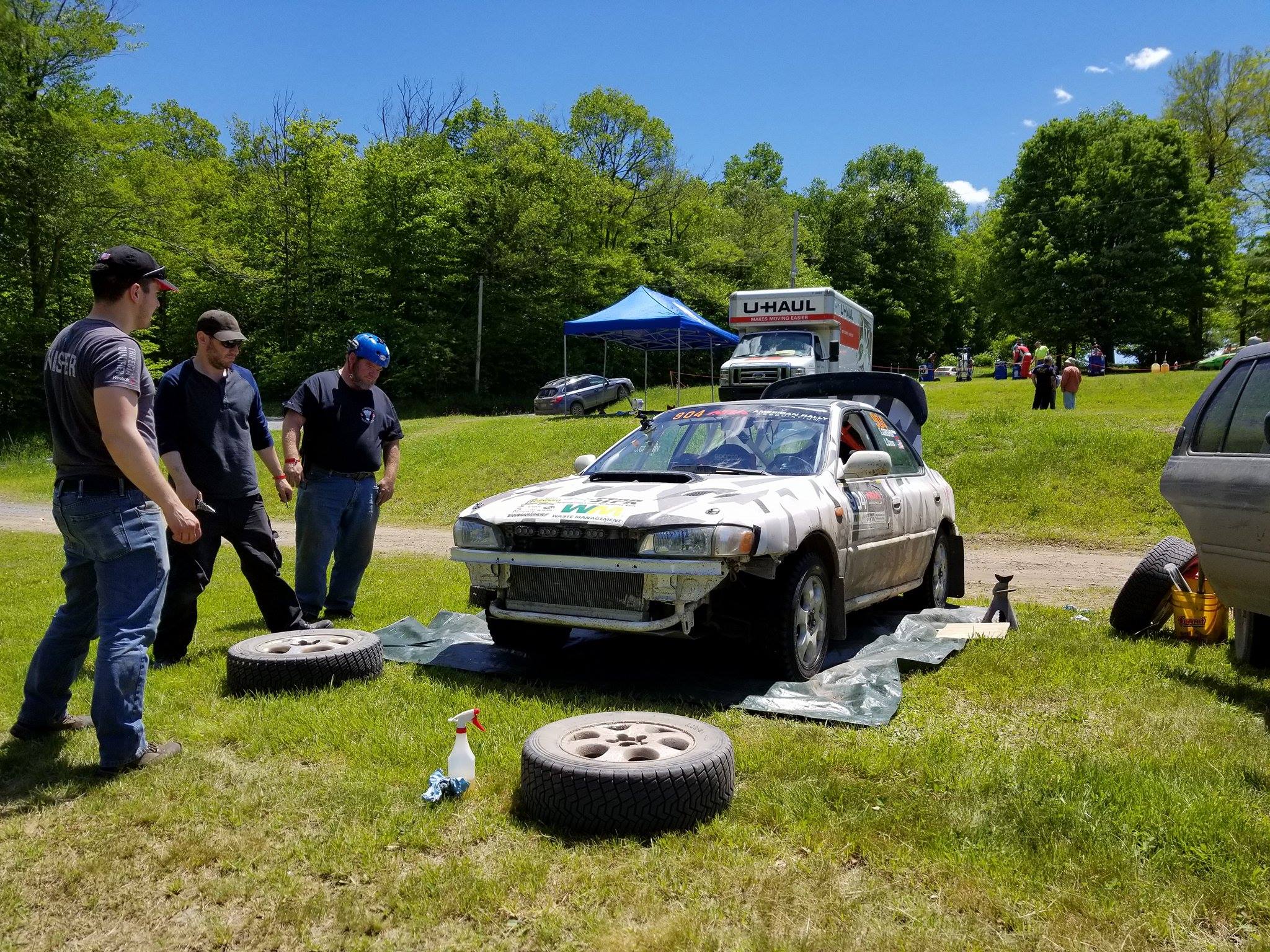 It was a lot of work, but I think it will pay off in the long run. I will still be careful over suspicious jumps, but if I mess up again, the car should let me press on regardless. 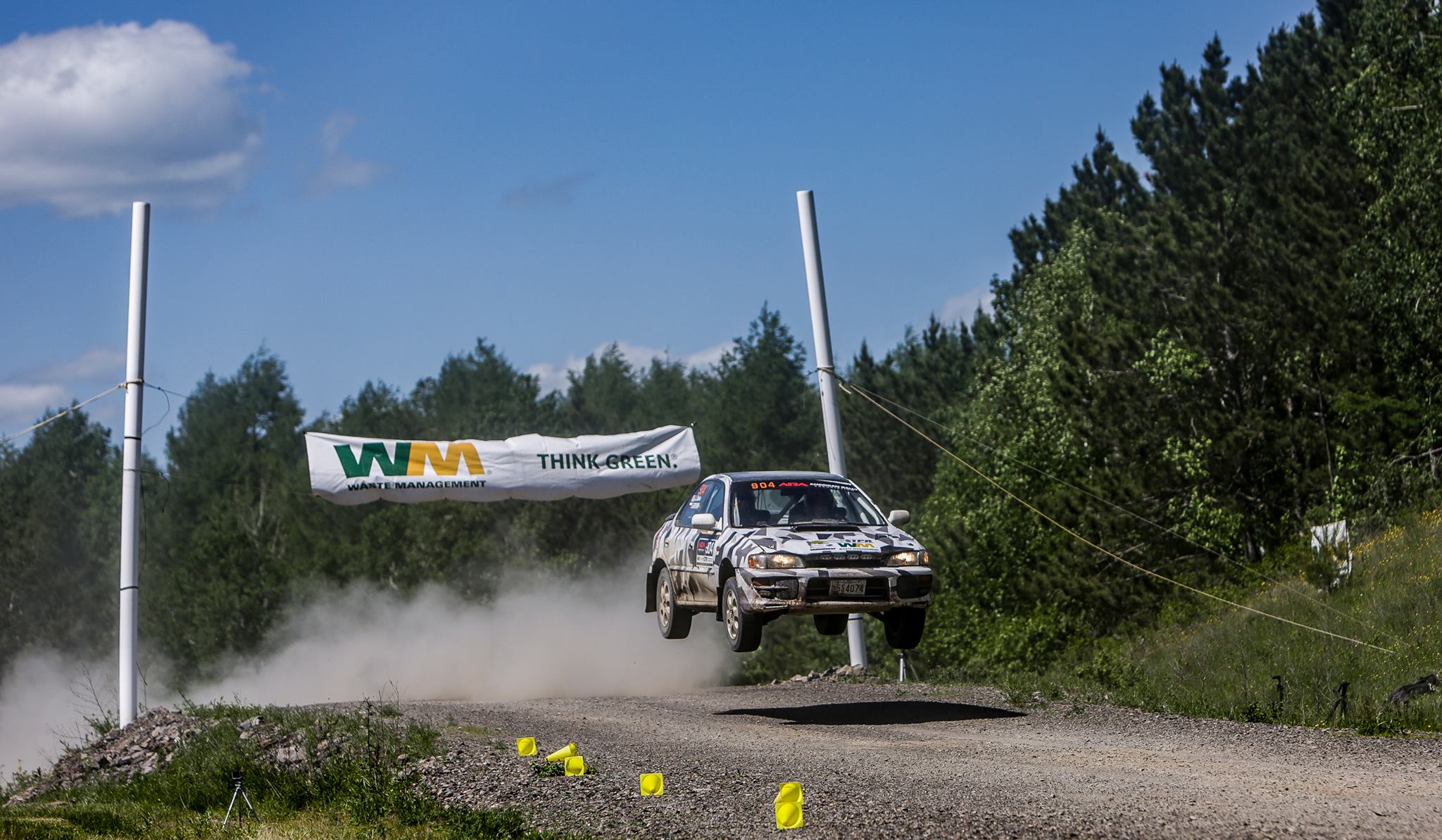