Building a car for motorsport events is a costly endeavor, and the last thing you want happening is a part failing during your next event. Extensively testing your build after every modification is crucial to a successful event. So how to you make sure that your car lasts and has consistent performance?

Every time something breaks on my car, I am actually very happy (very happy will turn into unhappy for expensive events). Why? Because I know that I found a weak point, and I can fix it and make it even stronger or more reliable than before. Here is a list that I compiled of things that I broke before my first stage rally in my Subaru. 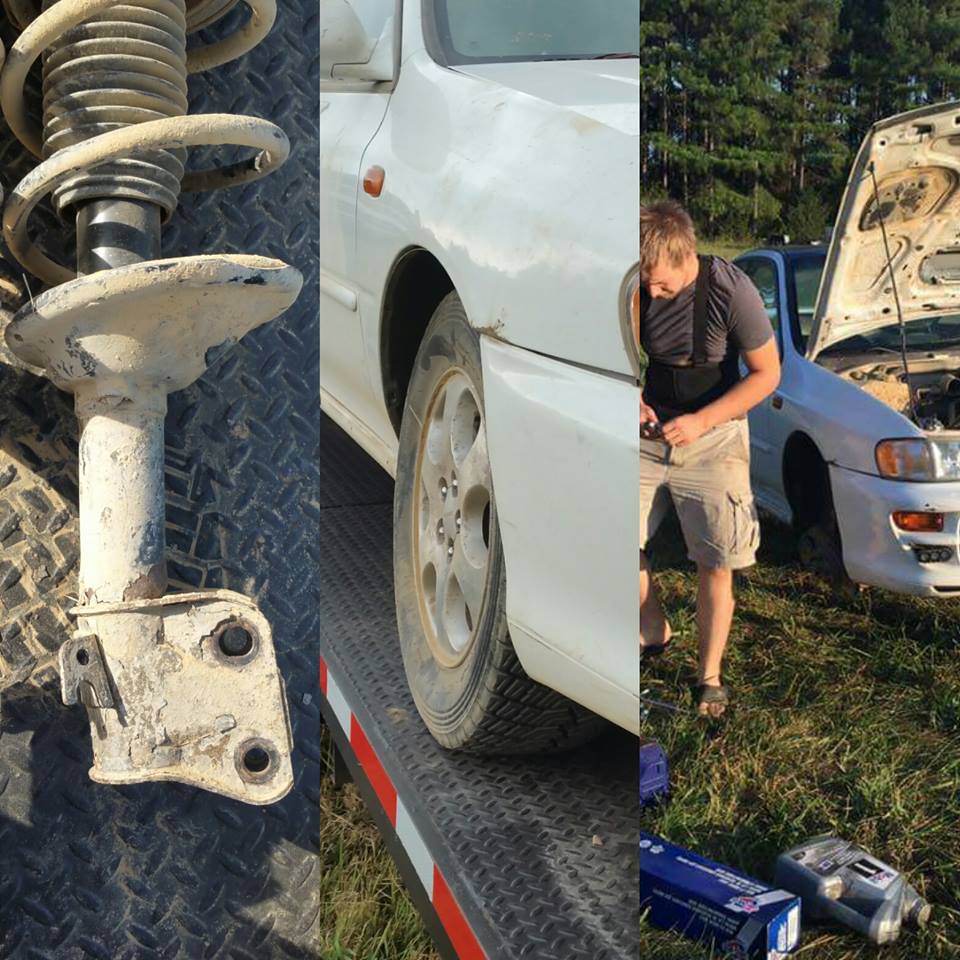 For those who read 5 Things I Like About SCCA RallyCross, I know that I implied that RallyCross is not very harsh on the car, but you have to understand that my car was bought with a major rust problem and has 205K miles on it. So RallyCross was a way for me to validate things that should be replaced. It wasn't until I started abusing the car that these problems became apparent. Most of these incidents occurred while I was still getting to know the car during its first two events.

Now I know that there are no stage rallies on this car yet, and I am expecting new failures to come in the future because of this new world of abuse. I will accept them as they come, but I'm also comforted that the petty little things are taken care of before I start.

Although, I'm not expecting too many issues because I reinforced known failure points from other's experiences. Make sure to learn from others when they break parts. For example, front lower control arms on Subarus are known to bend in stage rallies. Most recommend buying the aluminum JDM control arms, but I chose to save $200 and just welded reinforcement plates on both sides of the bend. It looks like this:

A lot of people have been through this before, especially with a popular car like mine. Be proactive - address common concerns so you don't have to worry about them. It's better to miss an event than it is to have your car fail on you during the event.

5 Reasons Co-Driving Is Better Than Driving