My rally car has come a long way since I bought it in October 2015. In this post, we will take a walk down memory lane to see how far we've come.

This picture was from the original Craigslist post. A 2000 Subaru Impreza 2.5RS 5 speed manual. It was in Hartford, CT, which is about 5 hours away from me. It had about 200K miles on it at the time, with a few issues:

First, I will explain the seats. The car was originally listed for $1500. This included WRX front and back seats. I told the owner that I would like to buy the car with the original seats, so he dropped the price down to $1200. Then on the day I was going to drive up, he told me that he forgot that he sold the original seats. I asked how much would it be for no seats? He replied with $1000, so I told him "no problem, I will be there". Meanwhile, I was trying to find any information I could about which seats were interchangeable for this car because there wasn't a single Impreza at my local junk yard. None of my friends could hook me up with a truck and trailer for that weekend, so driving it back was my only option. I found mixed thoughts on the forums about 2nd generation legacy seats fitting. I ended up giving it a shot and pulling out one of those seats at my junkyard and buying it.

My friend and I put the seat in my car, grabbed a few ratchet straps - just in case a couple of bolts did not align with the seat, and we took off to Hartford from Baltimore. When we arrived there, we immediately put the front seat in. What do you know, it bolted right up! Test driving the car was interesting. To stop the car, you needed to keep pumping the brakes. You also cannot accelerate very fast because as soon as you tried, the clutch would slip. That didn't matter though because all I was looking for was a foundation. Regardless of their condition, I was planning on changing the clutch and brakes anyway. As long as it had an engine and transmission that worked, it was fine with me.

For $1000, there was no reason why I shouldn't buy the car. Later, I found out how difficult the body work would be, but in that moment, it didn't matter. And to this day, I am glad that I bought it. Driving back home wasn't bad at all. The only problem I had with the clutch was going up the entrance of the George Washington Bridge. I could barely maintain speed with its incline, but it turned out fine. 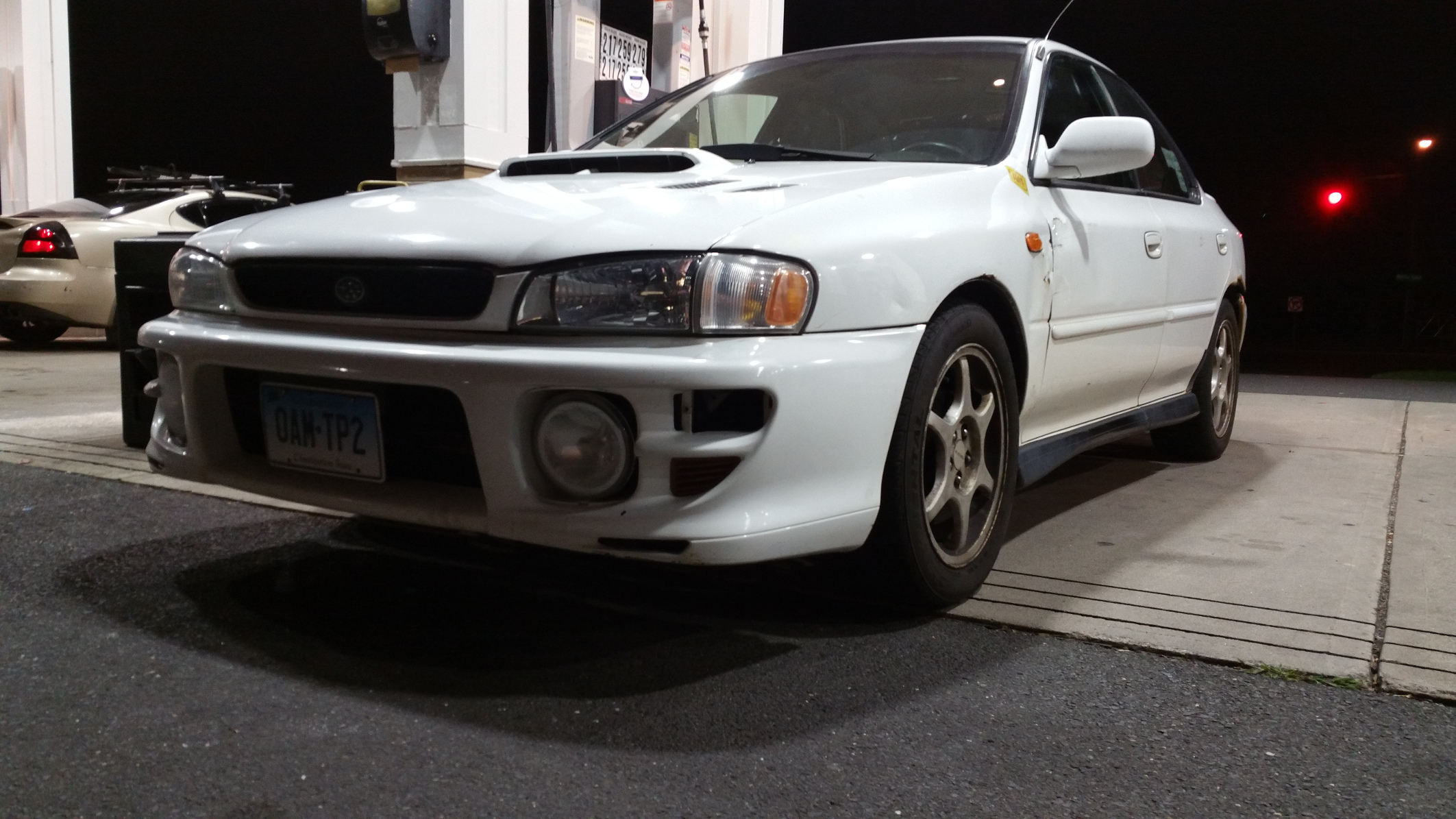 This was the first picture I took of the car. I was filling up on the way back home. By the next day, I already started to dig into it. Stay tuned for Part 2 - when I found out just how much work really needed to be done to the car.