After buying the car in Part 1, I was eager to get started on the car. I wanted to fix all of the problems right away, and I was determined to make it just like new. I started to do a lot of disassembly from the back of the car since that seemed to be where most of the problems were. Time to pull off the rear bumper cover... 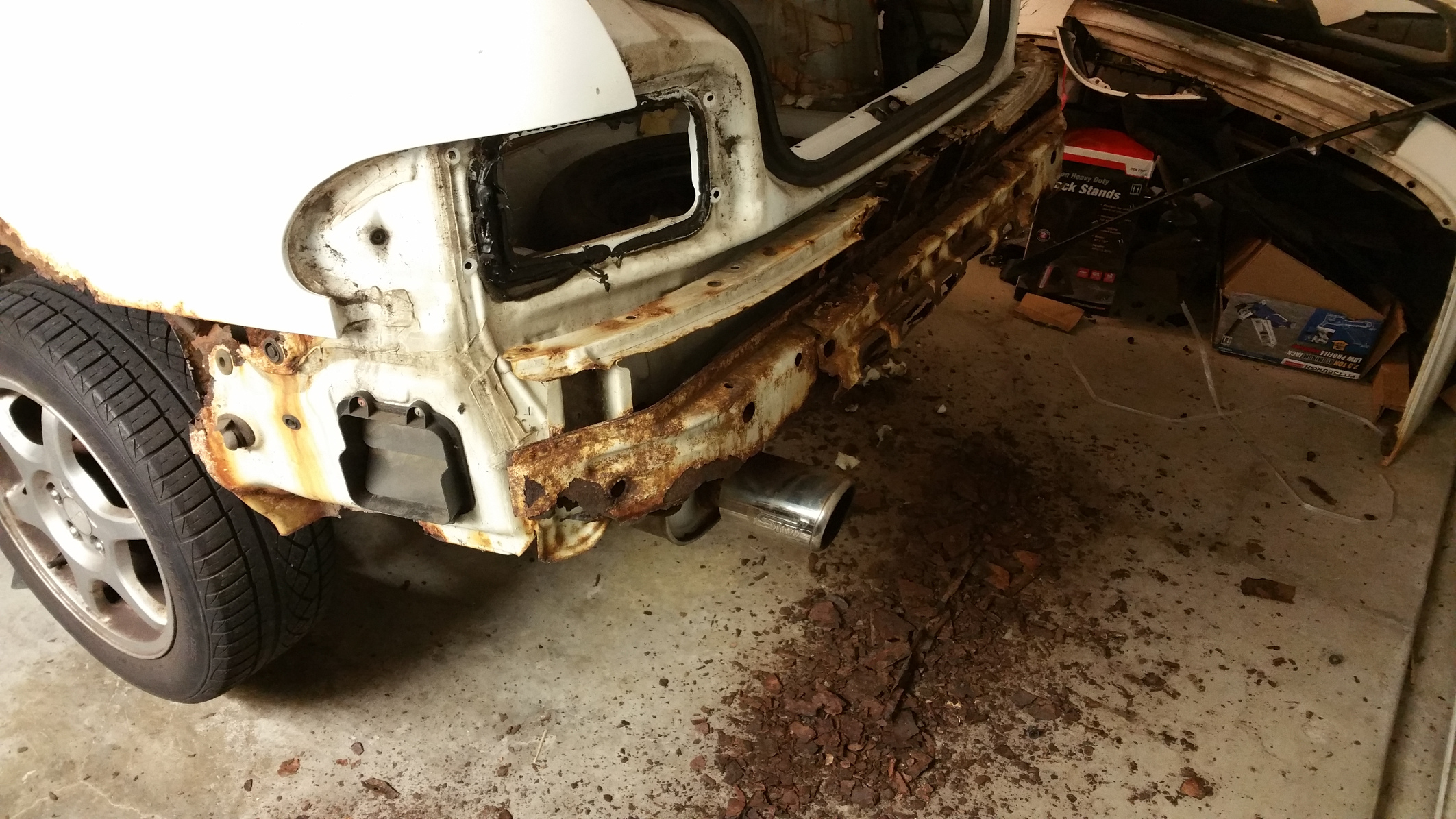 Ughh, that's no good. At least the STI exhaust tip is looking pretty! That was several pounds of rust coming from that bumper. Whatever, weight reduction.

I noticed that the inside of the car smelled slightly like gas. I knew that must be the EVAP problem. I took off the fuel level sensor cover and fuel pump cover and noticed it came from the fuel level sensor for sure just by smelling it. I took it off of the gas tank and look at that - the mating surface was pretty darn rusty, so I doubt that the rubber gasket was making a good seal. 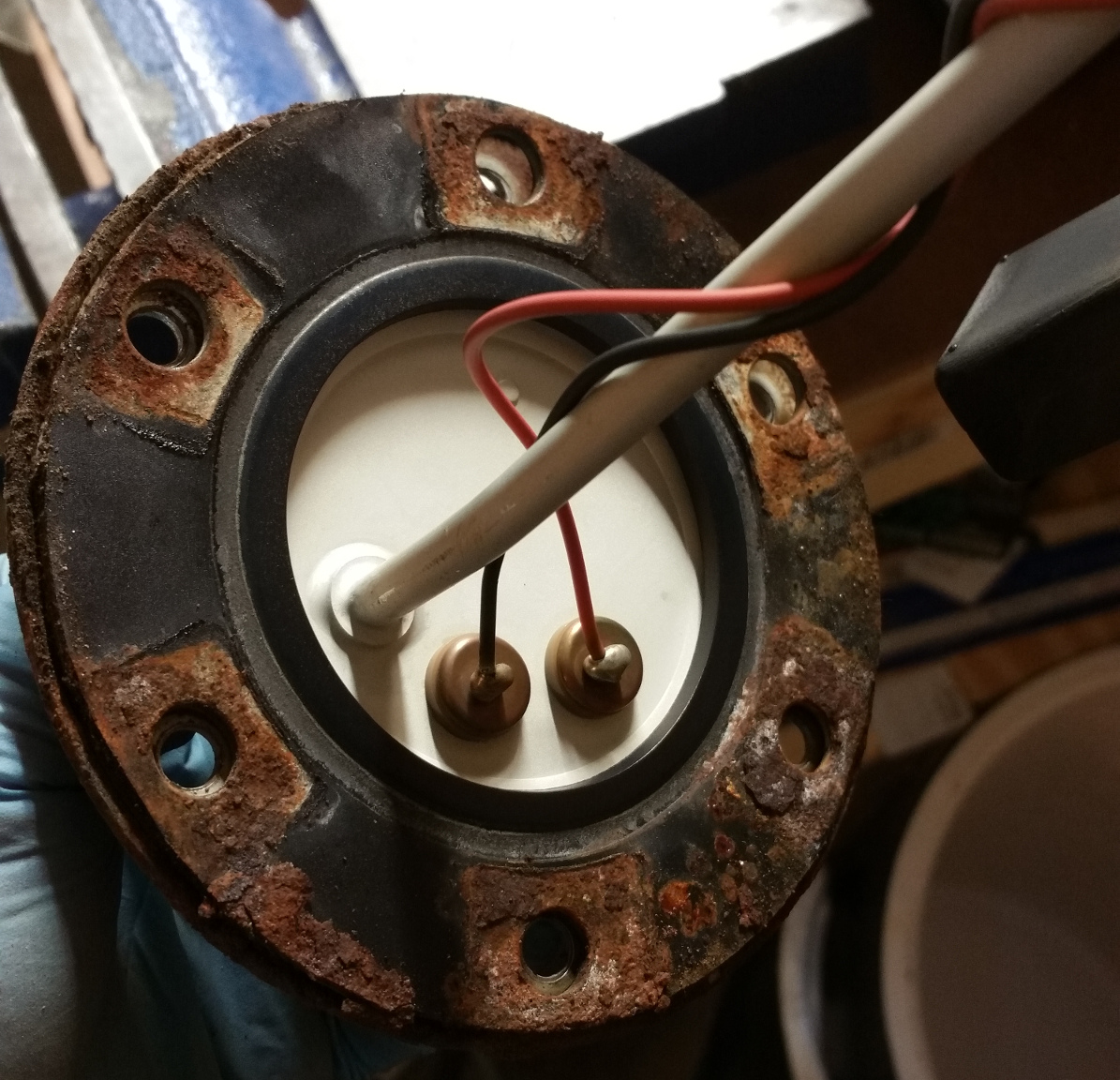 I started sanding the mating surfaces for the gasket. Since the gasket is very thick, I sanded the gasket as well and removed all of the embedded rust. It went back together easily and no more gas fumes!

The next step was to find out why the handbrake did not work. I pulled off the wheel and rotor and this is what I found...

This brake shoe was just dangling around in the rotor. There was no brake hardware associated with it. Instead of trying to buy the drum brake in a rotor hardware kit, I searched for an entire rear spindle at the local junk yard. I found myself going back to the same Subaru Legacy that I pulled the seat from. The rear spindle for that car is exactly the same except the handbrake cable is slightly longer. It was in excellent condition, so I decided to get it. 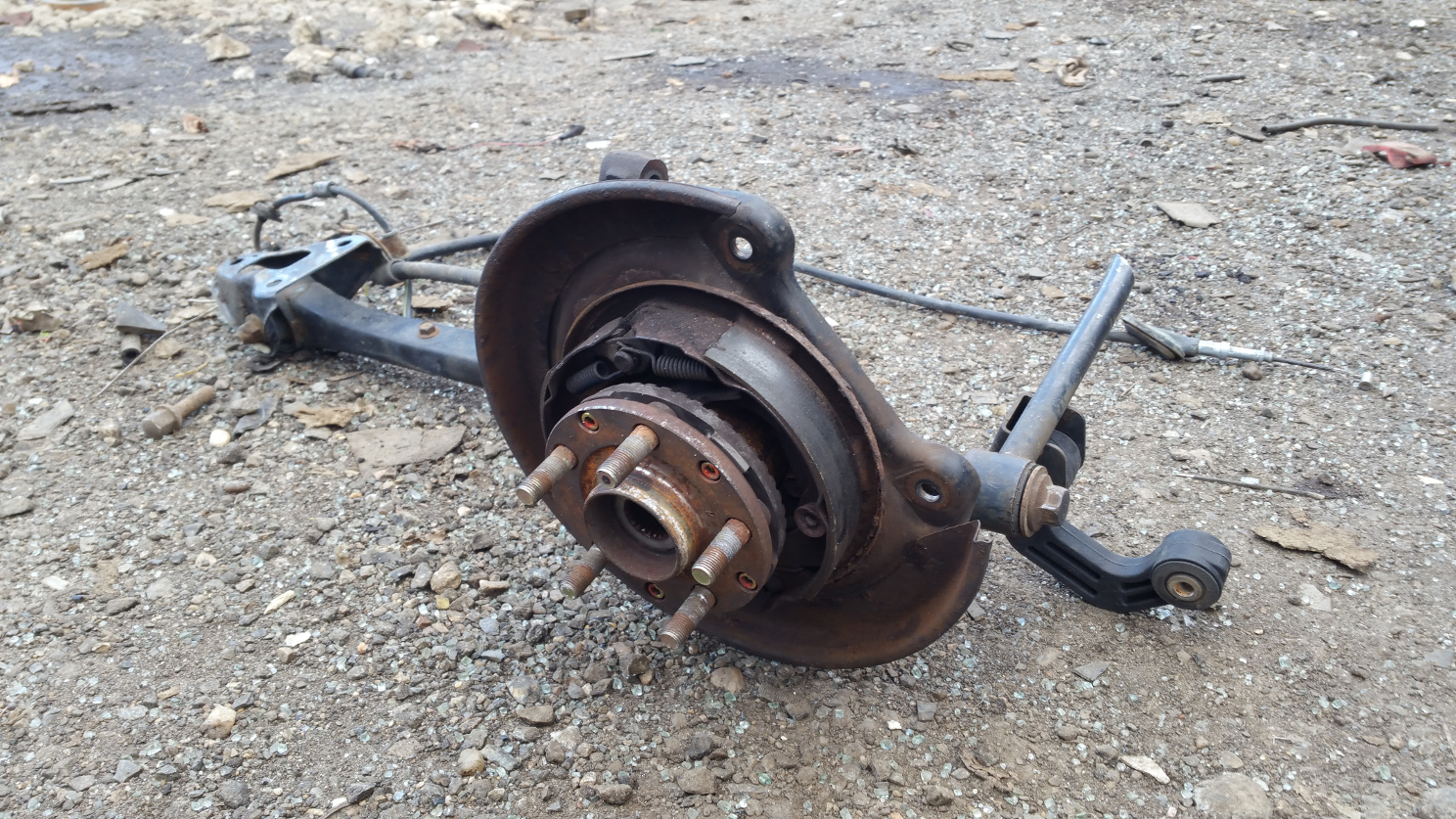 When I went back to take off the rusted out spindle on my car, this happened...

The strut mount separated as I was trying to take off the axle nut with a breaker bar. At this point, I was mostly a hand tool user, but that quickly changed. The next day I bought an air compressor, impact wrench, air ratchet, and air hammer. I was trying to hold off as long as I could, but I knew that one day I would need to make this purchase. I was so happy I did because it made working on the car much easier with all of the difficult to remove hardware on the car. With my new tools, I was able to take off the spindle, trailing arm, and the lateral links.

Here is a list of the tools I bought:

All of the suspension bushings were extremely worn on this car. I knew my next step would be to replace all of them.

Stay tuned for part 3, where I will work on the suspension components by replacing the bushings and welding reinforcement plates.

From Junker to Rally Car - Part 1